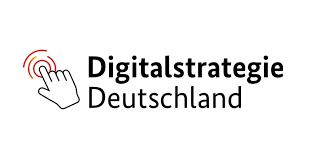 Creating Digital Values Together. The new digital strategy for Germany is ready. It is intended to be a “signpost for a comprehensive digital transformation“. All ministries and the Chancellery have worked together to develop it – coordinated by the Federal Ministry for Digital Affairs and Transport. The strategy aims to advance Germany digitally and formulates goals by which the government wants to be measured. The strategy pools the Federal Government’s policy priorities for the digital transformation as a cross-cutting issue. Accordingly, it forms the overarching framework for digital policy in the period until 2025. 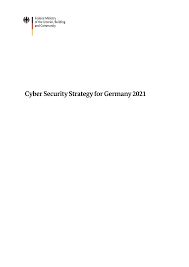 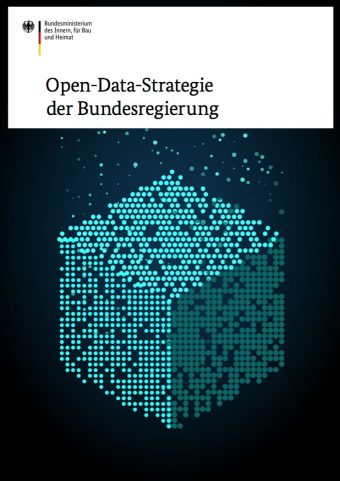 federal-government-open-data-strategy-2021
Open data offers far-reaching potential for use cases and thus plays a promising, independent role in the national and international data ecosystem. This particular role has now been addressed through the publication of a special open data strategy from the Federal Government of Germany. Within the diverse data pool of public administrative and research data, the so-called open administrative and research data are of particular importance. 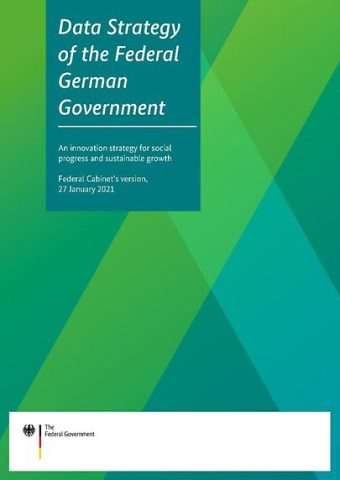 The Data Strategy of the Federal Government aims to enhance and structure the responsible and innovative use of data provision and data usage within Germany and Europe. This includes not only the economy but also the scientific sector, the public sector, as well as civil society. Special attention is also given to the inclusion of European values, ensuring that there will not be any data monopolies or widespread data misuse. 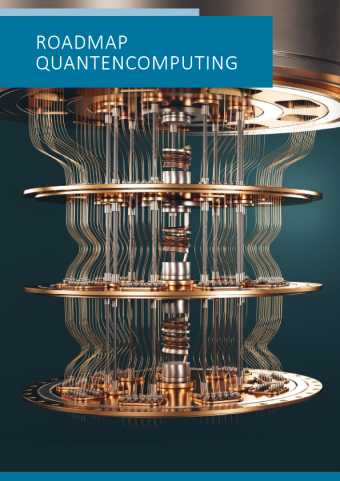 As a response to the potential economic consequences of the Covid19 crisis, the German government is aiming to foster innovation in the field of quantum computing. This paper lays the groundwork for successful inclusion and funding of specifically quantum technologies and computing within the economy, making recommendations for actions, as well as pointing out fundamental challenges. 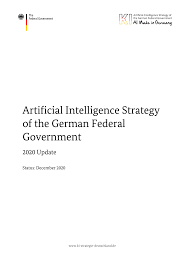 Update of the German AI Strategy

With this paper, the federal government updates its German AI strategy, originally released in November 2018. New initiatives focus specifically on the containment of the Covid-19 pandemic, sustainability, and the establishment of international as well as European networks. When it comes to the topic of sustainability, the potentials of AI technology for environment and climate protection are being addressed in particular. These new additions shall contribute to the overall goal of developing and applying AI systems that are responsible as well as based on the common good. Both attributes shall thereby form an inherent part of “AI Made in Europe”. 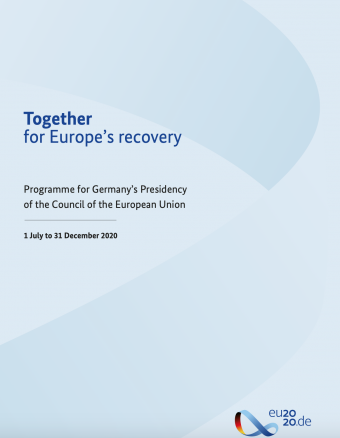 Digital Sovereignty constitutes the leitmotiv of the European digital policy within the Programme for Germany’s Presidency of the Council of the European Union, from the 01st of July until the 31st of December. Complementing the Programme for the German Presidency, the national ministries have outlined their respective priorities. An excerpt of the focus areas for each ministry can be downloaded here. 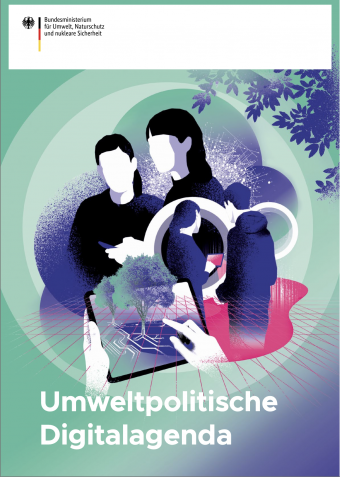 The Federal Ministry for the Environment, Nature Conservation and Nuclear Safety (BMU) published its digital agenda for environmental policy in March 2020. They describe how an environmentally, climate- and nature-friendly digititalization can be envisaged. It addresses four particularly relevant fields of action: Mobility; Nature Conservation, Agriculture and Water Management; Industry 4.0 and Recycle Economy as well as Sustainable Consumption. The agenda comprises a total of more than 70 measures, many of which are already underway, some of which are newly initiated and others which are under development. 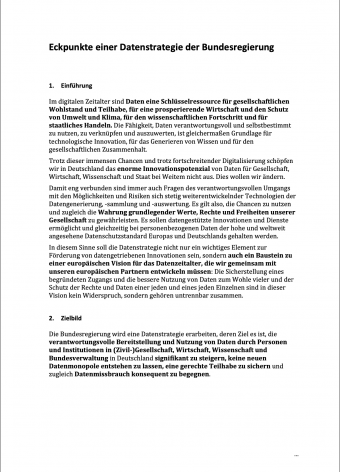 The Federal Chancellery has published its cornerstone paper for a data strategy for Germany in November 2019. Four concrete fields of action have been identified in the paper: The improvement of data provision and access, the promotion of responsible data use, the increase of data competence in society and to make the state a pioneer and driver of data sharing and use. Goal of these actions is to significantly increase the provision and responsible use of data, to promote data-driven innovations as well as to prevent data misuse. The cornerstone paper was first publicly discussed by an expert committee in January 2020, which will be followed by a broad-based online consultation that starts at the end of February. In summer 2020, the final version of the data strategy is to be presented. 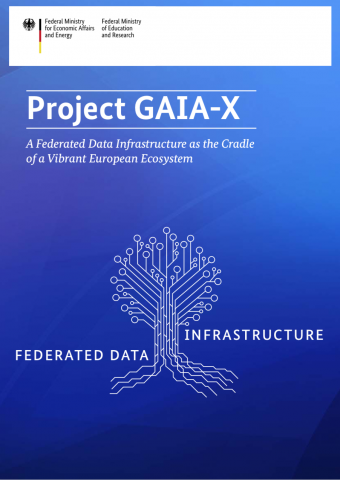 Representatives of the German Federal Government, economy and science want to work with European partners to create the next generation of data infrastructure for Europe: a secure, federated system that meets the highest standards of digital sovereignty while promoting innovation. This project is the cradle of an open, transparent digital ecosystem, where data and services can be made available, collated and shared in an environment of trust. 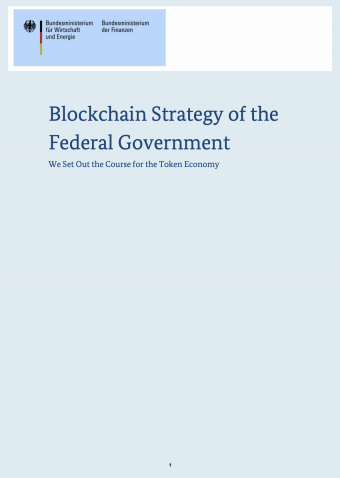 Blockchain Strategy of the Federal Government

With its Blockchain Strategy, the Federal Government uses the chances blockchain technology is offering, mobilizing its potential for the digital transformation. A focus lays on the field of energy. At the same time, consumers and the state sovereignty should be protected. It will take action in five key areas: ensure stability and stimulate innovation, drive innovation, making investions possible, apply technologies in administrative service, spread knowledge and networking. 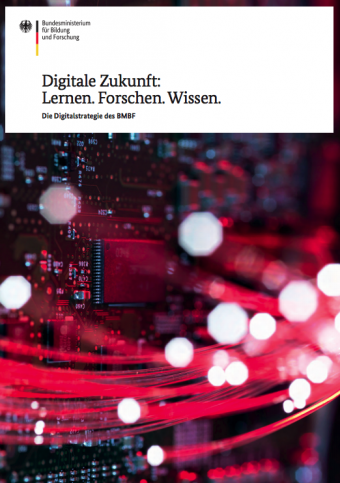 Digital Strategy of the Federal Ministry for Education and Research

With its digital strategy, the German Federal Ministry of Education and Research (BMBF) seeks to bring about digital change in five key areas: strengthen digital education and training, generate knowledge and innovations from data, ensure technological sovereignty and scientific leadership, create security and trust, as well as live and work better and more sustainably. BMBF’s digital strategy is complementary to the High-Tech Strategy and Digital Agenda (2014 – 2017) and provides concrete measures on how to achieve these goals.

National Strategy for Artificial Intelligence – „AI Made in Germany“

Germany’s AI Strategy portrays the goals for the development and application of AI-based technologies for the next six years. With an allocated budget of €3 billion for the implementation of the strategy, the government seeks to create synergy between research, politics, the business sector and civil society to help Germany become a leading AI powerhouse worldwide. 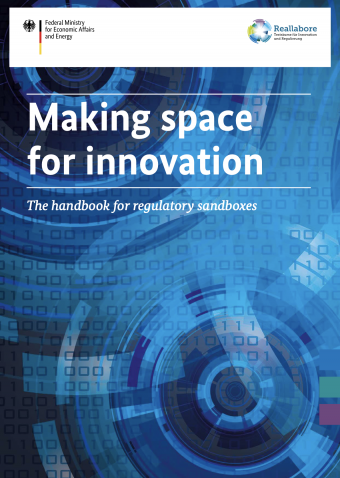 With the regulatory sandboxes strategy (in German “Reallabore”), the Federal Ministry of Economics and Energy (BMWi) wants to enable digital innovations and advance regulations. In order to strengthen the regulatory sandboxes as an instrument of digitalization, the BMWi is pursuing three objectives: pro-innovation regulation and flexibility, information and networking, and launch and support. 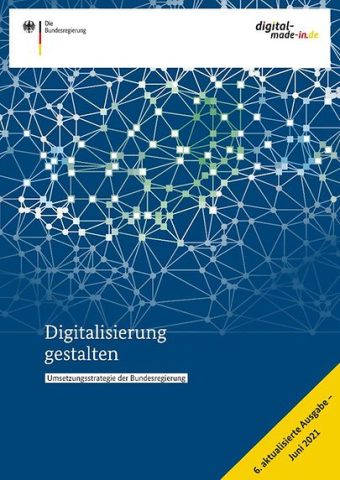 Implementation Strategy of the Federal Government for Shaping Digital Change

The implementation strategy presents the list of challenges that are to be tackled and a set of concrete measures. Every challenge is accompanied by a detailed implementation plan, which will ensure that the right deliverables are provided in due time. The strategy covers a broad spectrum of issues – from digital competences and infrastructure to social and economic implications of digitalization. 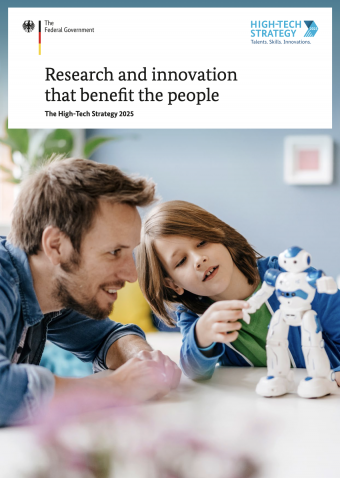 The High-Tech Strategy 2025 stands for the aim of moving Germany forward on its way to becoming a worldwide innovation leader. The goal is for good ideas to be translated quickly into innovative products and services. Major funding is allocated for research and innovation in mobility, energy, health, security and economy sectors. The strategy has three main pillars: tackle the major social challenges, strengthen competence through education and training and develop an open, innovative culture. One of its flagship projects is the Initiative Spitzencluster which connects businesses, research institutes, universities and other relevant local actors to create synergies for research and innovation purposes. 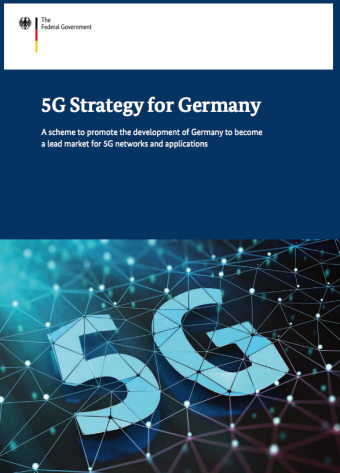 Germany seeks to become a lead market for 5G. To achieve this, the government issued the 5G strategy that stipulates the future technological and legal requirements for a successful implementation of 5G research and innovation. 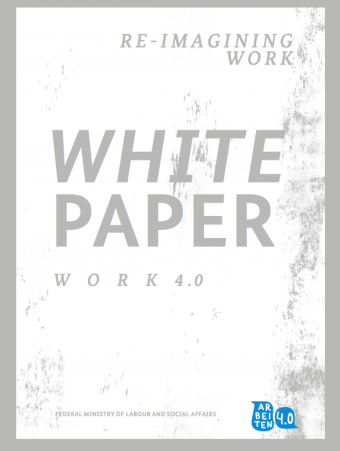 “Work 4.0” is a necessary extension of the debate about the development of the labor market with an emphasis on the digitalization of the economy. Germany’s “Work 4.0” roadmap is generally referred to as “Industry 4.0”. The question addressed in the whitepaper is how we can preserve or even strengthen our vision of quality jobs and decent work in an era of digital transformation and societal change. 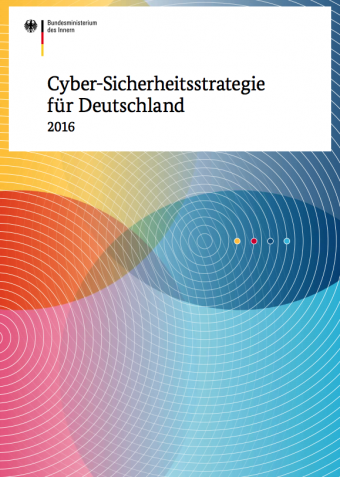 The Cybersecurity Strategy stipulates over 30 strategic goals and measures to improve security in the virtual environment and mitigate its potential risks. It seeks to boost the trust in digital technologies. The strategy also defines Germany’s role in drafting the European and international cybersecurity policies. 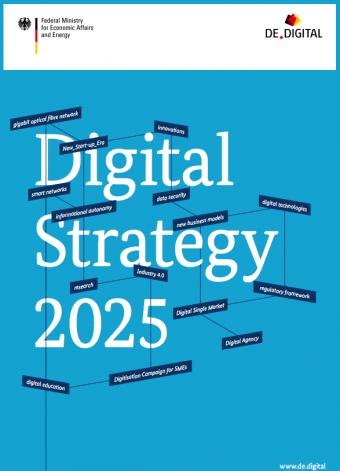 The Digital Strategy 2025 demonstrates the priorities of the Federal Ministry for Economic Affairs and Energy (BMWi) in recent years in developing capabilities and utilizing new tools to make smart Germany possible. It demonstrates which areas require immediate action. The recommendations are intended not only to enable the German economy to respond to new challenges, but also to ensure its leading position both in quality and technology for years to come, by combining traditional competitive advantages with the newest technology, modern methods and specific support programs.